by Method Of Defiance 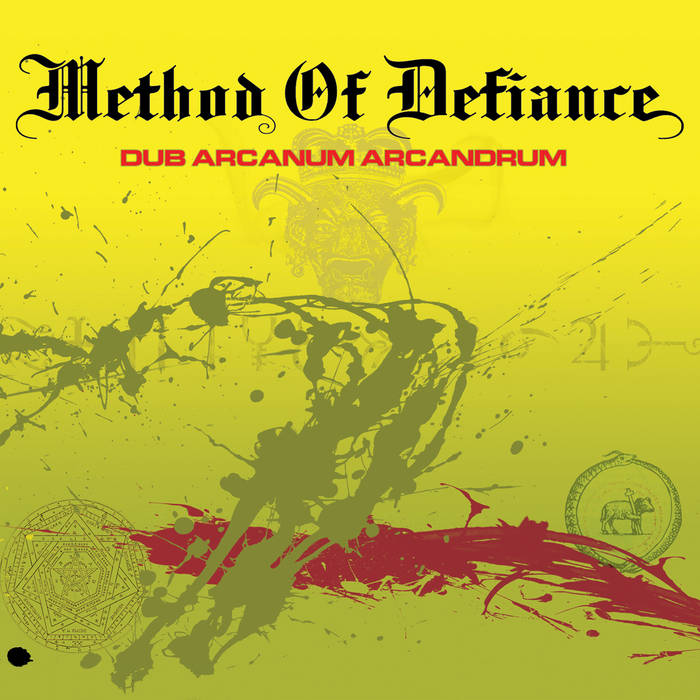 The circle is now complete (sort of). The third release is a revisit (remix and dub style) of the first two passages in the Method of Defiance experience - Jahbulon and Incunabula. The remixers were chosen for their forward thinking as well as for their catalogue of previous remix experience. Scientist starts it off with a retouching of the single 'One World' and later re-enters with a ganja smoked up version of 'Herb Is Burnin'', titled 'Herb 4' (dub style, of course). He even throws in a disordered ordered mix of 'One World' at the end for good measure. Prefuse 73 pushes his space-age hip-hop way in, via the future, with his take on a piece from Incunabula. Mad Professor stumbles in dubbin' his ass off. SubCode, a Moroccan remixer we have been chasing for a while, remixes (as if his life depended on it) the Hawk track 'Do or Die'. Dr. Israel remixes two tracks, one of his and one of Hawk's. This is something we wish he would do more of, the man can remix damn it. MRC Riddims, the production/DJ team of Oktopus (dalek) & MRC (from Ifwhen & All Natural Lemon & Lime Flavors), join in with a reshaping of 'Elijah's Lament' done all Krooklyn style. Bill Laswell, not to be upstaged, contributes two mixes from Incunabula - a dub out and an ambient version of 'Quantum Echo'. Perdurabo 6, via the Basque speaking part of Spain, gives his almost 6 minute take on 'One World' - quite pleasant really.

produced by Method Of Defiance