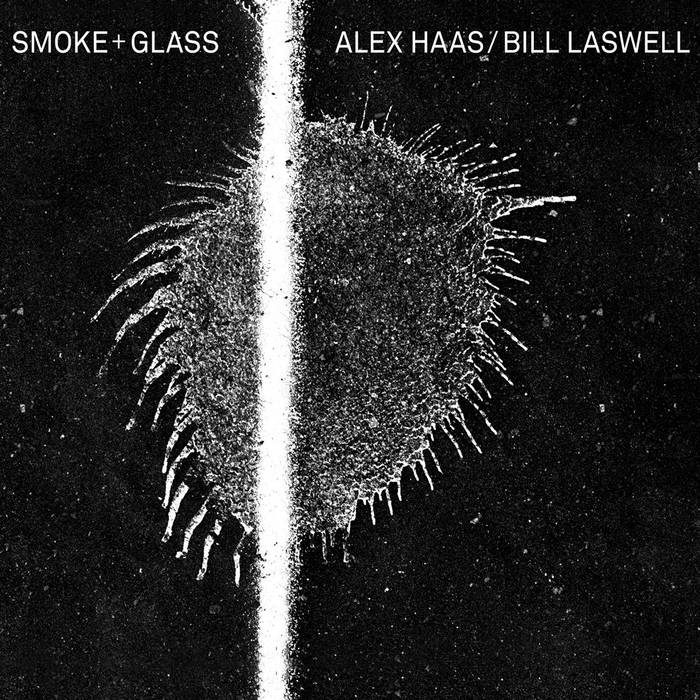 “Smoke and Glass” is the follow up to “Nowstalgia” (sonicontinuum - 2018) and the second collaboration as a duo between musician/artist Alex Haas and bassist/producer Bill Laswell who have worked together in various capacities over 30 years. The album, consisting of 8 pieces, continues in the vein of last years “Nowstalgia” with elements of dub, ambient, jazz, electronica, world and trip-hop. This album is more complex and fuller than “Nowstalgia” and the chemistry has solidified. Haas’s writing has evolved as the arrangements and instrumentations are more intricate. As complex as some of the parts and musicianship may be, the pieces are as melodically memorable as on the previous effort. This is the type of album to discover over many listenings. A constant on this new release are the extraordinary parts and sounds Bill Laswell and Haas have concocted. Real sub-bass is a pleasure to hear at a time of tiny sounding everything. At high levels your neighbors are sure to come knocking.

The first piece, “Truth be Told”, with its Middle Eastern influences, starts with a simple drum beat and evolves into an opus of massive live drums, accompanied by the Middle Eastern Ensemble Anonima*. The piece culminates in a musical stand still that I will let you experience for yourself. On the following piece, “Hard to believe”, Laswell plays two bass parts at once that inter-lock perfectly to create a sub bass bed on which the rest of the track can exist. Saxophonist Peter Apfelbaum, who worked for many years with Don Cherry, brings a jazz element by playing one of the two remarkable solos of the album. “Smoke and Glass” is a trip-hop flavored piece that could have been recorded in the 90’s, the golden age of that genre. “Strange Weather” is a more up tempo dub piece with 21st century synth sounds and always interesting parts by Haas. “Chasing Chaos” is a remarkable piece of writing ; it starts as an ambient wash and surprisingly explodes into jazz-funk moments. Through out, Apfelbaum plays virtuosic abstract lines. “Another Way” is the most down tempo and accessible track of the album. Laswell plays three different grooves alternatively thru out showing his prowess in coming up with lines that can change the feel over a constant beat pattern. Tablas enter midway doubling the tempo thru to the end. “Second Thoughts” is where Laswell shines the most and delivers every aspect of his mastery of the bass (reminiscent of early Material) from solid back beat groove functionality, sub-bass infused whawha accents, distorted counter accents and strange yet hooky melodies.

“Smoke and Glass”, as the album title and song titles suggests, reflects the confusion of our time with a disparate yet cohesive string of musical statements. As did last years “Nowstalgia”, “Smoke and Glass” transports the listener effortlessly to different musical territories. Thru-out the variations you are never jarred by the sudden jump of styles. The chemistry of Haas’s intricate writing and keyboard parts and Laswell deep pocket bass have produced another solid release. My only criticism would be that there should have been more pieces, but given the amount of work that must gone into producing these 8, we would have had to wait an extra year to hear it.

all songs written by Alex Haas
except #7 by Bill Laswell, Alex Haas