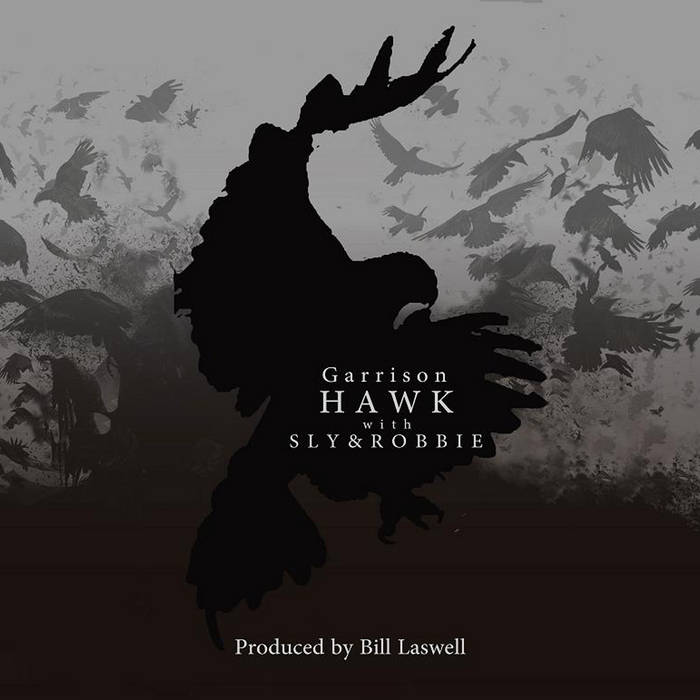 Call it a deep stealth mission or just flying under the radar-however you want to phrase it, Garrison Hawk has been planning diligently for his moment to strike, and it's here. SURVIVE, Hawk's long-awaited and true solo debut, caps more than a decade of hard work in the trenches. As one of the brashest, most versatile and heretofore slept-on young voices to come out of Jamaica in a generation, Hawk has lent his radical talent on the mic to the likes of Armand Van Helden, Tricky, Sly & Robbie Survive and the Method Of Defiance collective, but has yet to claim his rightful share of the spotlight. All that's about to change.

Musically, SURVIVE is a futuristic hybrid of styles covering hardcore dancehall, reggaeton, hip-hop and even country & western-all a reflection of Hawk's wide-ranging tastes and his multi-culti upbringing. A native of Mandeville, Jamaica, he moved to the Bronx as a teenager and soon made his mark as a singer, rapper and deejay of exceptional promise; after rocking the mic at a local show with Shabba Ranks (one of his boyhood idols), Hawk started popping up on underground singles like "3 the Yard Way" (with DJ Excel) and "Addicted" (the flip side to Smoothe Da Hustler's "An It Don't Stop"), which got him airplay on New York's Hot 97 radio and top spots on the European charts.

"I never really think of music like there's a limit to it," Hawk says, explaining the multiple sources that feed into SURVIVE. "For my ears, I hear sounds, and whatever inspires me, I'm captured by it. That could be Toots and the Maytals, Peter Tosh, Johnny Cash or Bruce Springsteen-for me it was always open." Produced by Bill Laswell and featuring the matchless rhythm section of Sly & Robbie, SURVIVE is as much a triumph of will over adversity-really mind over matter-as it is a musical breakthrough. "It's just like they say: the older you get, the wiser you get, you know? I learn so much over the years and I can see it so clear now. When I was much younger, I probably put out a lot of immature and rushed stuff. I went into this with the idea that I need to do something meaningful. You gotta be serious, and you gotta be sure, and you gotta be positive about what you're doing."

Survive
Looking back, there are instances when even in the youthful rush of events, Hawk was reaching for something new and different. A chance meeting with Tricky, who had made his mark with Massive Attack and his own trip-hop classic Maxinquaye, led to an unusual partnership that really showcased Hawk to a larger audience for the first time. Tricky's 2001 album Blowback marked a complete retooling of his sound, and on cuts like "Evolution Revolution Love," "Bury the Evidence" and the ominous "The Hawkman Is Coming," Hawk asserted his presence with a vengeance to anyone with an ear for hip-hop's jagged, ragga-laced edges.

In the aftermath, Hawk started honing a style that was more nuanced, merging singing and rhyming into a soulful mix that comes through here in the dancehall chants of "Wild," the throaty growls of "Murderer," the downright sanctified balladry of "Survive" (featuring Gigi on co-lead vocals) and the chilling "Apocalypse". For sheer versatility, it's reminiscent of Hawk's recent work with Sly & Robbie (on 2004's Version Born, for instance, and singles like 2008's "Sweet Music," with King Jammy and dancehall legend Joe Lickshot), as well as Method Of Defiance's Jahbulon, released in 2010. But more than anything, Hawk's sound and substance have evolved to the point where they seem to come naturally-an existentially cool hybrid style that's beyond calculation or obsessive tinkering. As Funkadelic famously warned, if it don't fit, don't force it.