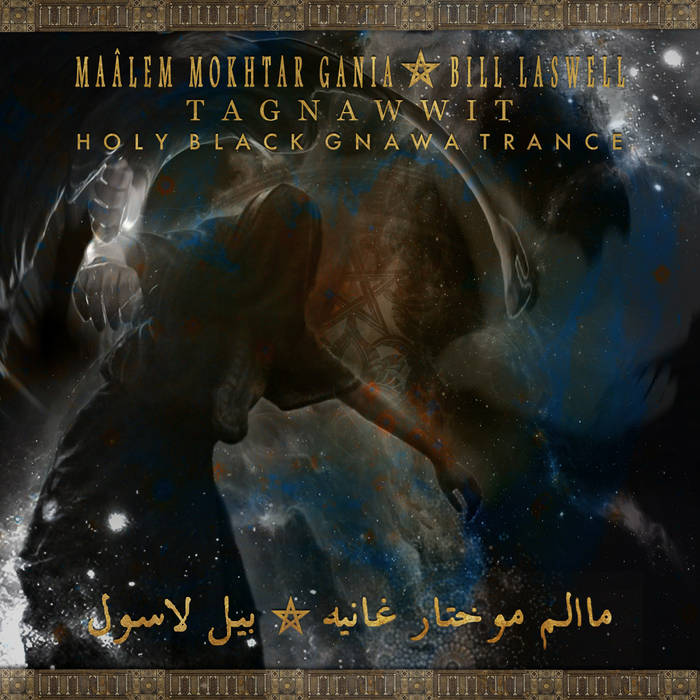 DJ Angel B! aka: Soulfrica

GNAWA (or Gnaoua) MUSIC is a rich North African repertoire of ancient African Islamic spiritual religious songs and rhythms. Its well preserved heritage combines ritual poetry with traditional music and dancing. The music is performed at ”Lila”’s (pronounced Leela), entire communal nights of celebration, dedicated to prayer, evocation of spirits and healing, guided by the Gnawa Maâlem, with the female Moqadema and his group of musicians, who are also dancers. Though many of the influences that formed this music and it’s special language can be traced to sub-Saharan West Africa, its traditional practice is concentrated in Morocco and parts of Algeria and Tunesia (where it is known as Stambouli). TAGNAWWIT offers a rich mix of musical and cultural backgrounds, fusing many individual influences into one collective sound.

GNAWA FUSION at the highest level. Maâlem Mokhtar Gania - son of the great Maâlem Boubker Gania, is the fourth and surviving brother of a.m.o. the legendary Maâlem Mahmoud Gania (or Guinia) - a gnawa superstar in gnawa simply known as El Maâlem - and Maâlem Abdellah Gania - by many called The Marley or The Rasta for his dreadlocks and fondness for reggae. This collaboration with bassist/producer Bill Laswell features musicians from extremely diverse backgrounds. Dominic James and Aiyb Dieng from West Africa, Chad Smith - drummer of Red Hot Chili Peppers, Graham Haynes, Peter Apfelbaum, Adam Rudolph and many others. A CLASSIC AFRICAN FUSION.